Guest Post: Mary Gillgannon talks about Call Down The Moon

My first guest of 2015 is Mary Gillgannon. Mary writes historical and paranormal romance and fantasy, and she's her to tell us about Call Down the Moon, the first book her Soulmate reincarnation/time travel series.

Where did you get the idea for your story?
The opening and characters for Call Down the Moon came to me almost ten years ago. I wrote a few chapters of a story set in dark age Ireland. But I had trouble keeping the hero and heroine together. The odds against them were so great, as both the hero’s tribe and women who raised the heroine found the idea of a relationship between the two of them absolutely abhorrent. Then, a couple of years ago, I started getting images of my heroine in the modern world, and I gradually realized Connar and Aisling didn’t find their happily ever after in the dark ages. But the love between them was so strong, their story continued in another time.

How long did it take you to write?

Once I figured out the story, it took me about nine months to write. That’s fairly slow for me, but now that authors have to do some much promotion, I have less time to write and I don’t finish books as quickly as I used to.

Who is your favourite character, and why?

Connar is my favorite character because he risks the most to be reunited with Aisling. His love for her is so strong he gives up not only his family and friends, but everything that is familiar and meaningful to him.

Have you ever had any rejections in your writing life? How did you cope?

I’ve been writing fiction for over twenty years, so I could probably wallpaper my office with all the rejections I’ve received! I cope by telling myself that it’s only one person’s opinion and remind myself that there are other people who love my stories. 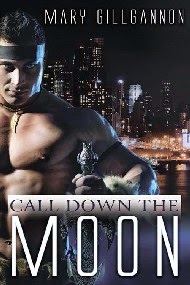 What's the most important piece of writing advice you've been given during your career?
It’s all about persistence, hard work and never giving up.

Who's had the most influence on your writing life?

Probably other writers. Some authors who have especially inspired me are Morgan Llywelyn, Sharon Kay Penman and Mary Stewart. Because of them, I fell in love with historical fiction.

What does your family think of your writing?

My kids (who are adults now) are proud of me, but are still a little uncomfortable with the fact that there is sex in my stories. My husband is also very proud of me, but he really doesn’t understand what I do. He’s very much a “here and now” sort of person who lives in the real physical world. He can’t really imagine what it’s like to “live in your head” and create an imaginary realm that sometimes seems as real to me as my own life.

What's next for you?

I’m currently working on the second book in the Soulmate series. In this one, I’ve taken secondary characters from one of my earlier books and changed and expanded their stories and then brought them to the present time.
The book begins in Ireland, a couple of hundred years after Call Down the Moon.  My heroine lives with her grandmother and is training to be a wise woman and healer. But she ends up being captured in a Viking raid. The man who captures her is a skilled metalsmith who only went on the raid to satisfy his obligation to his jarl. He doesn’t want to take her captive but he has no choice but to do so in order to protect her from his fellow Vikings.

There’s a lot of conflict between the hero and heroine in the beginning, but they do fall passionately in love. Then they are parted in that time period, and the hero follows the heroine to her new life in Los Angeles, where she works as an event planner. So far, it’s been a really fun story to write. I hope to finish it by spring.

The Nine Sisters danced upon the hillside.  Light from the Seed Moon revealed their long flowing hair—raven black, blood red, silver.  It shone on their nakedness, young and old flesh curving into the flowing lines of the Earth Goddess herself. Their bodies gleamed as they writhed and whirled, calling on the Ancient Ones.
Aisling stood in the center of the circle of women. She was naked except for the whorls of black and crimson that marked her breasts and belly, the shapes of serpents entwined around her arms and ankles. Her skin felt heavy, as if the patterns covering her had substance, and were not merely dyes from earth and plants. Her body tingled and her nipples felt hard. Her lower belly and thighs burned with a heat that defied the cool night air.
Aisling took a deep breath. Her night.  Her initiation into the magic. Although she’d watched the Sisters dance many times before, she’d never been part of the circle.  She feared the gods would not speak to her. Even more, she feared they would pronounce some future she could not bear.
The dancing grew more rapid. The women wove in and out, a ribbon of pulsing flesh. They formed circles within the circle. Three sets of three, the sacred number. The dancers surrounded Aisling, binding her in the center of the magic. The tension built. The night seemed to crackle with energy, fierce as lightning. The woman’s voices rang out in eerie exhortation and they ended the dance with arms stretched to the sky, long hair streaming down their backs.
A heartbeat passed. They approached Aisling and directed her to the fire burning on the other side of the hill. As she reached it, Aisling turned and saw her companions sweat-slicked faces, lit by the orange gold flames. They looked weary, empty. Maebbina, the oldest, took Aisling's arm firmly and pointed her to a caldron near the fire. "Look," she said. "Look in the scrying bowl."
Aisling bent down, heart hammering, and stared at the oily surface shining in the firelight.
At first, she saw nothing. Nothing but blackness, the reflection of firelight and her own face. She knew a sharp disappointment, mingled with relief. The magic didn't work.  No god possessed her. Everything was real and ordinary and...
She stiffened as something in the orb of liquid began to swell and grow. There was another light there, soft and faint. Silver instead of the gold of the fire. It was filled with shapes. The sheen of armor and flash of weapons caught her eye. "Warriors," she murmured.
She dimly heard the excited whispers of the other women. The shapes in the cauldron grew nearer, filling her vision. The warriors were all around her. She could hear the clank and rattle of their weapons, smell the scent of them. Dust and sweat...and man. Their long hair flowed over their shoulders. Their hands stood ready on their weapons. Their hot breath covered her.
One of them grasped her wrist and fixed her with a piercing look, his eyes like the glowing green depths of a shadowed forest pool.  "Aisling," he said.
The world swam away.

That's an exciting hook, if every I saw one! Thanks for blogging here today, Mary. Best of luck with Call Down The Moon, which is available from  http://www.amazon.com/dp/B00Q3RFF7M
and
http://www.wildrosepublishing.com/maincatalog_v151/index.php?main_page=index&manufacturers_id=1207
You can connect with Mary at: