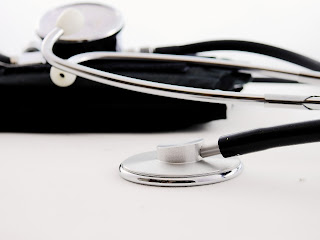 It's easy to imagine that all Victorian women did was needlepoint until either consumption or childbirth carried them off. That's not true. Frances Prideaux is an example to us all, as I discovered during research for the Pen and Sword book Women's Lives in Bristol, 1850-1950, which is due for publication next year.

Frances Helen Prideaux, M.B, B.S. Lond. and Licentiate of the King and Queen's College of Physicians is a fantastic role model for all women. When she was at the height of her powers in 1885, she was a phenomenon.

At a time when schooling for girls was often seen as a waste of money, Frances had the best possible start in life. She was born into a family living in Clifton, which is an affluent part of Bristol. Bright and inquisitive, her potential was spotted straight away. In an age when women were treated like children and seen as chattels, Frances had the twin benefits of high intelligence and a support network few other women could boast, even today. She sailed through her education getting top grades, and took medical school in her stride.

Frances had the work ethic of Noel Fitzpatrick, TV's Supervet. She was always busy, and in the rare moments she wasn't working, she was thinking about work. No job was too difficult for her. As a student, and then Professor Scholar at Queen's College between 1869-73, she was respected and liked by everyone. In 1884, she gained honours in obstetric medicine, and was placed third in the list of candidates at the examination for Bachelor of Medicine.  There's no doubt she would have gone on to even greater things, but she died at a tragically early age.

In October 1885 she was elected House Surgeon to the Paddington Green Hospital, and started work on November 2nd. On Saturday 21st, she woke up with what she thought was only a sore throat. She went into work and insisted on carrying out all her duties as normal, but she obviously wasn't well. By Monday 23rd, exactly four weeks after she'd started her new job, her condition made one of the senior surgeons at the hospital think she might have diptheria.

Despite her protests, Frances was sent home from work. Where she could have contracted the disease was a mystery, as there were no known cases in the Paddington Green area at the time. These days, vaccination programmes reduce the incidence of diptheria to a few thousand cases per year worldwide, but in 1885 it was widespread. The glands in your neck swell up to a massive size, while a thick grey membrane blocks your throat, making breathing and swallowing almost impossible. Today, sufferers are put in isolation,  then given the miracle cures of antibiotics and anti-toxins. In the nineteenth century, those vital drugs didn't exist.

A team of medical experts did everything they could to save Frances, including a laryngotomy to enable her to breathe. Despite their best care, she died within a week, "after terrible suffering". It was Advent Sunday, and the day before her final medical exams.

The doctors who tended Frances were devastated, especially as she was fully aware of what was happening almost to the end. Despite barbaric-sounding treatments such applying corrosive lotions to her already inflamed throat, she stayed calm and brave. A glowing obituary was published in the British Medical Journal on 8th December, 1885, and a scholarship in connection with the London School of Medicine founded in her memory.

This is part of a longer piece on Frances which appears in Women's Lives in Bristol, 1850-1950, to be published in 2018. To find out more, follow this blog using the button above.
Posted by Christina Hollis at 00:00:00 No comments: 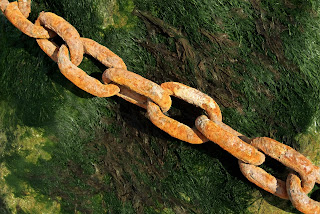 Last Friday morning, I did a couple of hours work on my computer, then drove Son Number One twenty miles to his consultant's appointment at the hospital. After collecting a bag full of free prescriptions, we came home. He went up to his room to do some private study before his exams, while I went back to work on my current work-in-progress.

None of that would have been possible in the period covered by my current project for Pen and Sword Books, Women's Lives In Bristol, 1850-1950. I would still be living in the house where I was born—assuming I'd survived the birth of my first child. Without the miracle of medication taken for various health problems since then, I wouldn't have lasted beyond the age of thirty-five.

The internet, personal transport, antibiotics and many other innovations have changed everyday life so much. Things we take for granted would seem miraculous a hundred years ago. Only a decent lifespan before that, Bristol was famously thriving on the three S’s—Slaves, Smoking and Sugar. Back then those evils weren't recognised as such,  but revolution was in the air. 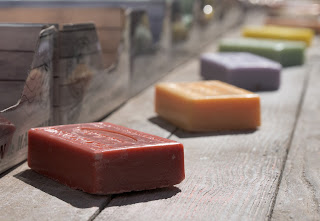 When campaigners against the slave trade, including Bristol women Hannah More and Mary Carpenter, inspired the Slavery Abolition Act of 1833, it knocked out one cornerstone of the city's economy.

The Industrial Revolution came to the rescue. Bristol stopped relying on men and women toiling at piece-work in their own homes, and became an industry-driven metropolis. The Kennet and Avon canal brought in raw materials that weren't as exotic as tobacco and sugar, but could be turned into products everyone needed, rather than luxuries. The mechanised manufacture of paper, textiles and soap demanded a huge workforce. Large factories sprang up all along the River Avon from St Philip’s Marsh to Bedminster and beyond, employing the latest technology. The smaller, more nimble fingers of women made them the first choice for jobs needing accuracy and speed on production lines and in operating machinery.

Life in Bristol improved—at least for some. A steady stream of  employable labour abandoning poorly-paid seasonal work on the farm came looking for steady, indoor jobs in factories. They settled in the cheapest lodgings. These were damp, disease-ridden courts bordering the River Avon far below the heights of the rich, beautiful Clifton area. Boats heading out from Cork, filled with families   escaping the Irish Potato Famine made the Port of Bristol their first destination. Desperate people make cheap employees. Desperate women and their children are the cheapest labour of all.

Religion came to the rescue of nineteenth-century Bristol. The pioneering Methodist John Wesley’s mission in the city made it a magnet for non-conformists. Like their Anglican contemporaries, Methodist women were subordinate to men, although they were encouraged to take a much more active role in worship. They spread the word, supported the life of their church and played leading roles in education. They were vital to the success of the Sunday School movement, knowing that where children are led, there's a chance their mothers will follow.

With slavery abolished, Mary Carpenter’s Unitarian background drove her to open ragged schools for the poorest of the poor. Later, she created reformatories to train offenders as domestic servants. Great Quaker families such as the Frys and Sturges spent their money improving the minds and conditions of the Bristol poor. Businessmen and entrepreneurs followed the money to the city. Its multiple supply routes by road, rail and water made it easy to import raw materials, and export the finished articles. These men brought their wives and children. Many were non-conformists, who bonded with the local Methodists and Quakers to create a wide network of men and women determined to do good.

Knowledge is power. With the introduction of compulsory schooling, and the examples set by intelligent role models such as the Priestman sisters and the Sturge Sisters, Bristol women became unstoppable. Education led to ambition, and the realisation they could find a life beyond overcrowded squalor in the Pithay, or the Dings. 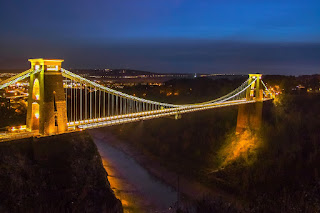 Individually, they were resourceful, inventive and brave. Cobbler’s daughter Mary Willcocks had a ten-week flirtation with royalty which took her all the way to America before she returned to Bristol, and the life of an honest woman. Pauper Ann Howe exposed institutionalised cruelty at the mighty Bedminster Union Workhouse. Bristol inventor Sarah Guppy showed Isambard Kingdom Brunel where he was going wrong with his initial design for the Clifton Suspension Bridge. Frail, deaf Ada Vachell worked all her life to create opportunities for those even more disabled than she was.

The women of Bristol have proved themselves unbeatable.


You can find out more about the inspiring mix of saints and sinners who have called the city their home in my forthcoming book for Pen and Sword, Women’s Lives In Bristol 1850-1950.

Follow this blog to find out more, and sign up for my occasional newsletter. You'll find a form at the top of this page.

A Rest Is As Good As A Change…

For the last four months, I’ve been putting in hours of extra work a week while trying to write two books at the same time.

My first job each day is to collate the research I’ve done so far for my major non-fiction project, Women Of Bristol, and add to it. All that work is done on the computer. When I need a break from the screen, I curl up with a pencil and a big refill pad of lined paper. It’s the way I like to write fiction, so that’s how the next book in my Brackenridge Series, Dead Woman Walking, is taking shape.

Last week, OH had a week’s holiday. He was going to spend it doing repairs and maintenance around Tottering Towers, but I led him astray. Apart from rain over the Bank Holiday weekend, the weather was fine and dry. It seemed such a shame to stay indoors working, so the two of us spent seven days roaming the countryside.

As a result, I didn’t write a word all week. I can’t remember the last time that happened! Not only did I do nothing, I was guilty of doing what my old English teacher used to call doing less than nothing by distracting OH, too. I took him out to lunch a couple of times,  and persuaded him to visit the open day at Jekka McVicar’s Herb Farm with me. We visited a garden centre, which meant another lunch out for him, and some retail therapy for me.

I ended last week with a total word count of zero, but a dozen new plants. Our apricot crop set the seal on the week by ripening all at once. It's just a little tree, so there were only three fruits. I sneakily ate them all myself. Call it gardener’s perks!

Today it’s back to writing work, but I love it so much there’s no danger of the post-holiday blues. I feel tons better for my break, and can’t wait to get writing again.

What’s your favourite remedy for working too hard?
Posted by Christina Hollis at 02:01:00 No comments: