Struggle and Suffrage In Bristol

This is my first non-fiction book, and it was published in the UK by Pen and Sword Books on 13th February 2019. It's also available worldwide from Amazon.


It’s freezing, pitch black, and silent— apart from the sound of rats under the bed your wheezing children share. Snow has blown in under the door overnight. Fetching all the water you need from the communal well will be a slippery job today. If your husband gives you some money, your family can eat. If not, hard luck. You’ll all have to go hungry. Welcome to the life of a Victorian woman living in one of Bristol’s riverside tenements.Women lurked in the footnotes of history until they gained an element of control, first over their own money, later their vote and finally, their lives. Much of that progress was driven by women themselves. It took a hundred years of hard work, lobbying and violence before their lives improved to anything like today’s standards. The only way was up—and Bristol women led the way.

Heart Of A Hostage

Published by The Wild Rose Press, available from myBook.to/HeartOfAHostage.

Mihail strides out of Maia's past to take her hostage. Who will end up in more danger—her, or him?

Heart Of A Hostage is the third book in The Princes Of Kharova series, and pits Princess Maia against Public Enemy Number One.

Princess Maia has it all—including a horrible fiancé chosen for her by the king, and a family bullying her into doing the right thing—but all she wants is her independence. When she falls into the hands of rebel leader, Mihail, she tastes real freedom for the first time. Mihail is a lone wolf, Public Enemy Number One, and heir to a fierce tradition. A dangerous reputation, a castle full of guilty secrets and now rescuing Maia are all woven into his master plan. He can’t lose.
Until his unexpected hostage turns out to be the house guest from hell... 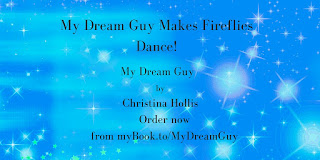 The romance has gone out of Emily’s relationship with Jack.

When he books a holiday at a campsite in Wales during the wettest summer on record, it’s nearly the last straw in this short romantic comedy.

Emily thinks the bronzed farmer who was her teenage crush will be the best thing about this dreaded holiday. But time has moved on. She’s in for an almighty shock—and then her boyfriend Jack springs some even bigger surprises.

Can Emily’s holiday from hell ever have a happy ending?

Published by The Wild Rose Press.
Find it at  getBook.at/Her_Royal_Risk

Landed with the task of bringing order to his working life, dedicated personal assistant Krisia only takes on the job out of loyalty to her king.

A past disaster means Krisia is determined not to fall in love with gorgeous Athan. When she does, heartbreak isn't far behind.

Then, a secret Athan has been fighting to hide comes to light, threatening his future. Krisia must stifle her pain, and work more closely with him than ever before. If their emotions take over, they both risk losing everything...

Published by The Wild Rose Press,
myBook.to/HisMajestysSecret
Leo Gregoryan is determined to be the perfect king. Loyalty to his country means sacrificing his own happiness, but he’ll divert the energy he once poured into his dream of becoming a doctor toward royal duties. All he needs right now is a stress-free vacation–no future queen need apply. Sara Astley escapes to the luxurious Paradise Hotel after she’s dumped by her partner, who then stole the promotion she’d expected. She hides her broken dreams behind a tough exterior. Her stubborn streak makes her a challenge Leo can’t resist. His special brand of hands-on persuasion seduces Sara into enjoying the holiday of a lifetime. Their fling can't hurt either of them–or so they think. Leo's focussed on being the ideal hero. Sara knows what she wants, and that’s independence. Then a revelation tears them apart, meaning things can never be the same between them...

The Count's Prize
Published by Harlequin Mills and Boon
The magnificent Castello di Sirena is an archaeologist’s dream,  and Josie can’t believe she’s being allowed to stay there. Wary of the notorious owner, Count Dario, she’s hopeful he’ll be too busy partying to notice her… Intrigued, Dario watches Josie’s arrival. Her innocence is a refreshing change for his jaded cynicism.
Enticing the passionate woman out of her determinedly frumpy guise will be a delicious challenge. But the woman behind Josie’s quiet defences shakes Dario’s world to its foundations – she’ll make him face the past he’s sworn to forget…