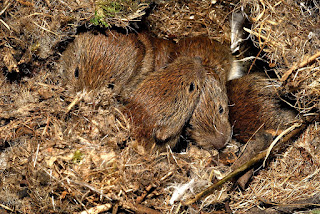 English people are supposed to be obsessed by the weather. This is often true, but then as the saying goes, other countries have a climate. Here in the UK, we have weather. I think we can all be forgiven for obsessing about it a bit during 2012. For the first few months of the year, a drought was declared after several very dry winters. According to the Met Office men, being snowbound for days on end doesn't count. That's the "wrong sort of moisture", apparently. Some parts of our relatively small country were under hosepipe bans, although here in our part of Gloucestershire it never got that bad. Then it began to rain, and any number of events were waterlogged, including Queen Elizabeth's Jubilee. After that things went from bad to worse. Festival sites were jammed with vehicles axle deep in mud. Tottering Towers could have been twinned with Camelot - each summer morning dawned with glorious blue skies, but the fantasy was soon blotted out by black clouds in time for the deluge to really get under way after dark. Tottering Towers stands near the top of a hill, but even so everywhere is saturated. The grass gets squelchier the closer you get to the bottom greenhouse, but once inside it's a warm, dry haven. Unfortunately I'm not the only one who enjoys its protection: it's become a Noah's Ark for just about every vole, shrew and mouse for miles around. I've caught dozens for release a couple of miles away in the woods, but I'm not convinced they don't find their way straight back! They've excavated tunnels under all the borders, so most of the  plants look pretty sick. Luckily, we'd enjoyed all the strawberries from the greenhouse while the weather was still dry,  but the little pests have started shinning up the cherry tomato plants to get at the fruit!