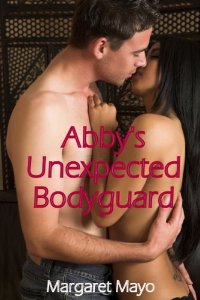 It's lovely to welcome you here today, Margaret. Thanks for taking the time to drop by. The heroine of your latest book, Abby, is a successful business woman who runs her own salon. Lorna, in Destiny Paradise, was an executive secretary. That's a dream job you don’t hear much about now that everyone writes their own emails. Has the profile of your readers also changed over the length of time you’ve been writing romance?

Most definitely. Some of my early readers would have had a blue fit if I’d written the sort of sex scenes I do now.  I remember an aunt of mine saying, ‘I enjoyed your book, Margaret, but - ’  And there was a pregnant silence.  My mother was unhappily no longer alive but I know her reaction would have been the same. I think most of my readers were so much older and inevitably had different views on what made good reading. Today’s readers want a good strong story line but they also want the excitement of a physical relationship to go along with it.

Tell us a bit about Abby’s Unexpected Bodyguard.

Abby is a beautician who has flown to Paris to attend a trade fair. Unfortunately nothing goes according to plan. She was met off the plane by a friend of her brother whom she had never seen before and knew nothing about. He insisted on giving her a lift to her hotel - where coincidentally he also was staying. The next morning he again insists on driving her to the place where she had reluctantly agreed to deliver a parcel for her brother. She is furious when he declares the area isn’t safe and speeds away before she can make her delivery. He even insists she check out of the hotel before driving her across France to Nantes.

He seems to be taking over her life but she is grateful for his protection when a brute of a man turns up demanding the parcel and she begins to realise that whatever she is carrying may not be as innocent as she had thought.

It’s a roller coaster ride for Abby when on several other occasions she needs Temple’s protection, and the story does not even end when she returns home to England.

Your hero, Temple Townsend, takes it on himself to protect the formidably independent Abby. Alpha males have always been the ultimate hero, but do they have to show their credentials in different ways these days?

It generally depends on the storyline. In this book my hero was a real action man, physically jumping to Abby’s defence when the situation demanded it.  Having said that heroes have become tougher and more ‘heroic’, maybe even a little bit harder though not in a nasty way. The change has been subtle, though, and I’ve not consciously made the decision.

Where did you get the idea for Abby’s Unexpected Bodyguard?

I wanted to create a situation where Abby, a strong, independent woman, suddenly had the rug pulled from under her feet. I only ever start my stories with the germ of an idea, so I decided to send her on a trip to Paris - and then have all her carefully made plans blown to pieces. That was as much as I knew. It was fun writing this story, creating problems and then overcoming them. For me, part of the excitement of writing, is not knowing what is going to happen next. When I introduced Temple’s step-brother, Liam, towards the end of the book I realised that I needed to tell his story too. It’s in the early stages at this moment but I’ll be sure to keep you informed of its progress.

What advice would you give to anyone who wants to write romance?

What advice would I give?  Read, read and then read some more. Read romances by your favourite authors but read others too. And I don’t mean read for pleasure. I mean read to see how each book is developed. Do character studies of your hero and heroine so that you get to know how they think and feel before you even put pen to paper. But most of all enjoy it. I’ve been writing for almost forty years now and the pleasure has not gone away.

I think you've hit the nail on the head there, Margaret - if you enjoy what you're writing, the words will flow much more easily and it won't feel like work! Thank you for a great insight into Abby's Unexpected Bodyguard and your working process.
You can find out more about Margaret and her books by visiting her website.

What changes in literary heroes and heroines have you noticed since you began reading for pleasure?